Children seem drawn to dust and mud. I didn’t just observe this phenomenon with my own children, who seem particularly fond of making mud angles, but also witnessed this among the children at the early childhood service I used to work. In both cases, watching children dig around with sticks and then mix the dust with water to create mud often just made me think of mud’s tendency not only to get to me but to all sorts of other places, things and people. So, to avoid getting muddy yet again and to extend on the children’s interest, we decided to investigate other things we could make into dust, or better, fine particles.

After a little chat, some interest developed in grinding grains and we realised quickly that we had a fairly wide range of grains and seeds to choose from. We investigated the chicken feed and sorted the grains while trying to name the ones we recognised. We investigated the different plants in our garden that had seed heads. Children brought in what they found in their pantries at home and we spoke to passionate bakers and gluten-intolerant friends. We started a little display of our different seeds and planted a few different ones. We even had a look on the internet and found a video of a man who grew his own grain, ground it up and made bread. The children were mostly interested in the creation of flour, which tied in nicely with the grinding they had been doing, so we took a look at the different technologies we could use to grind our grains.

We tried traditional Aboriginal grinding stones, pestle and mortar and a few different coffee grinders – a manual one was the most fun but the electric one gave us finer grain. The children came up with some wonderfully inventive methods of grinding the seeds that we found and the discussions of the ‘finer’ points of grinding were fascinating. We felt the textures, sniffed the flours to see what they smelt of (can I give you a warning that you need to use caution when doing this) and a few brave people tasted the results (supervised, of course!).

We also used different flours to bake dampers and pancakes and a wonderful gluten-free loaf that came out of the oven piping hot and was delicious. 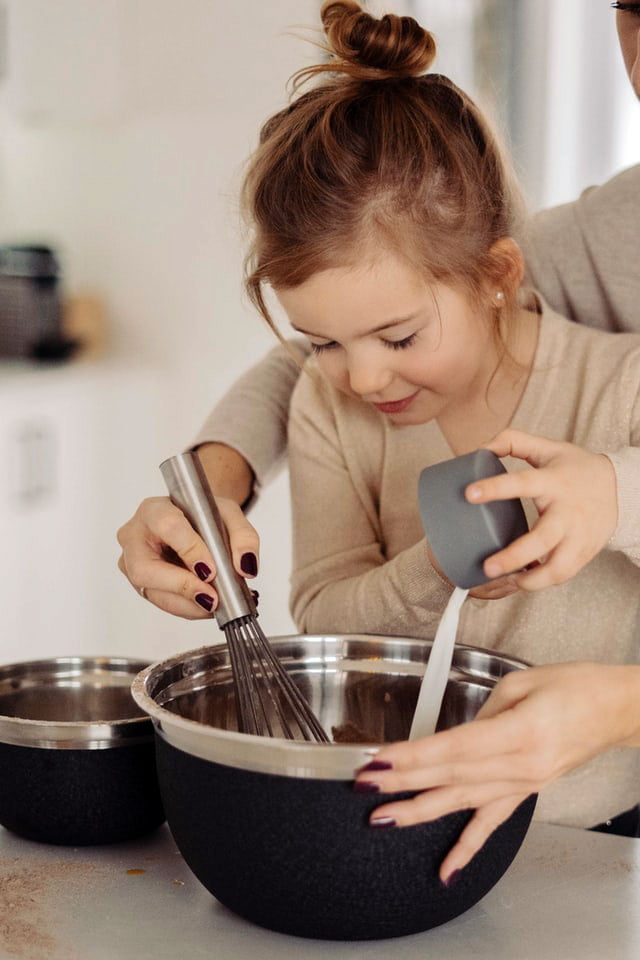 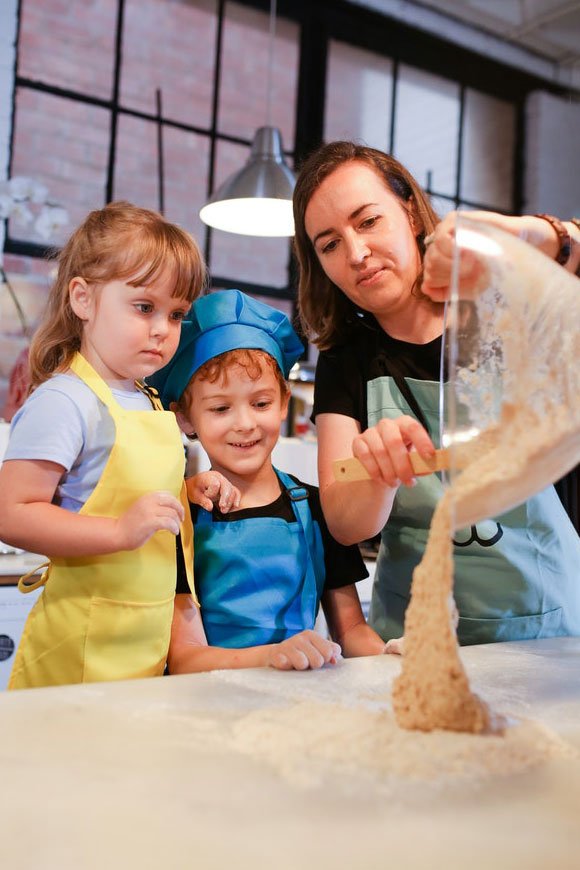 This exploration fitted perfectly with the Little Scientists Inquiry Cycle but also with the different engineering approaches discussed in our Engineering workshop. Some children preferred to start with a method of grinding and then improve by using differing techniques or making changes to the basic grinder design – a better rock or a different method of grinding. Some children invented different ways of grinding and different systems. Some organised production lines and one child preferred to supervise production, demonstrating management and leadership potential right there.

We all enjoyed the hands-on multifaceted exploration into grinding but what really stuck with me was everyone’s amazement at how much thought, effort and time it took to produce one loaf of bread or damper using traditional methods. This had a wonderful effect on the food wastage in our centre and increased our appreciation and gratitude for our food.

This passionate mathematician and former science teacher will inspire you with her enthusiasm for inquiry-based learning and her determination to provide high-quality hands-on and fun professional development.

This site uses Akismet to reduce spam. Learn how your comment data is processed.

Learn to unlock the wonders of STEM